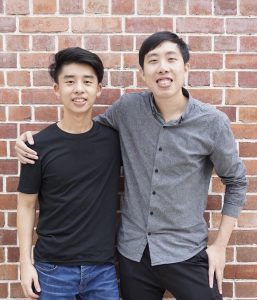 Traditional POS systems are usually at a prohibitively high price point, requiring merchants to pay up to SGD10,000 upfront. Adding to their burden, merchants often have to install multiple terminals from different vendors for various payment methods. As a result, 75% of merchants in Southeast Asia do not have a digital POS system in place.

Qashier, instead, provides an all-in-one, smart POS – the Qashier Smart Terminal. This multi-purpose device combines a payments hub with easy-to-use software with an open platform for third-party apps. The terminal starts at only $1 per day and supports credit cards, PayNow and the most popular digital wallets like PayLah! and WeChat Pay. 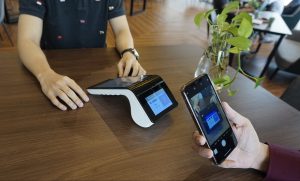 For a few additional dollars a month, the Qashier App Store can power businesses further with loyalty programs, table booking, stock management and more. The interconnected system allows small and medium enterprises (SMEs) to track and consolidate data across multiple applications and omnichannel platforms via the cloud. Merchants can easily automate tasks like daily settlements and accounting.

Qashier was founded by two serial entrepreneurs, Christopher Choo and Frank Zhao Liang, who met at the Antler programme in Singapore in 2019. Christopher, CEO, is a former finance professional and previously founded Southeast Asia’s first private flight sharing platform. Frank, CTO, leveraged his software development skills to found a location-based retail advertising startup which was invested in by Mediacorp.

Aligned with the Singapore Government’s push to go digital, Qashier has been pre-approved for the Productivity Solutions Grant (PSG), entitling SMEs an 80% discount for Qashier’s Starter Kits.

“The current situation has pushed businesses of all sizes to embrace technology to increase margins and stay resilient. Yet, many SMEs have been left behind due to the high cost and complexity of adopting new technology. Qashier is providing the tools used by large corporations to SMEs at a fraction of the cost, empowering them to succeed in today’s competitive economy”, said Christopher Choo, CEO and co-founder of Qashier.

Qashier will use the funds to expand further into Southeast Asia, grow its team, and invest more in product development with a strong focus on building an omnichannel commerce platform to power SMEs.

“The offline SME retail market in Southeast Asia exceeds $1 trillion but with a huge gap in the adoption of digital payment solutions due to their complexity and high price points. We are very excited to join Christopher and Frank in empowering these SMEs with cheap, versatile yet powerful payment and business tools”, said Michael Blakey, Managing Partner at Cocoon Capital. Blakey recently joined the Qashier board of directors.

“At Hardware Club (HCVC) we have invested in many great founders with software backgrounds building exciting full-stack or hardware companies. However, we have never met a team that has executed and grown recurring revenue as fast as Christopher and Frank at such an early stage and with limited capital. We’re very excited to be part of their journey”, said Jerry Yang, General Partner at HCVC.